Carol was born in Miles City, Montana and attended Eastern Montana College, but discovered that she preferred the coastal areas of California.

Living in Santa Monica, she worked first for The Rand Corporation, and later a small research company which began as an offshoot of the Nuclear Physics Department of Rand, but always made time to paint and study art. She studied art at Santa Monica City College and UCLA, and was fortunate to work privately with Andrea Day in her studio in West Los Angeles for many years. From Andrea, Carol learned to paint in the traditional way of the old masters. She participated in many shows in Andrea’s studio and was the featured artist in the Barbara Mitchell Design Studio in Santa Monica for two years.

After moving to the Monterey Peninsula in 1987, Carol immersed herself in life drawing taking classes with Susan Long and composition and design with Rodney Winfield through Carmel Adult School. It was there that she met local artist, Dick Crispo, who introduced her to plein air painting.

Painters who live on the Monterey Peninsula have a unique opportunity to take classes and workshops from the finest artists in the country, and Carol studies on a continual basis with Dick Crispo and takes intensive workshops from Gil Dellinger and others. She also attends the Scottsdale Artist’s School from time to time for advanced workshops in landscape and figure painting. Carol volunteered as a docent at the Monterey Museum of Art for many years and there developed an interest in early California history and paintings, and it is some of the early painters of the Monterey area such as John O’Shea, William Ritschel, S. C. Juan, Armin Hansen and Evellyn McCormick who bring inspiration to her work. 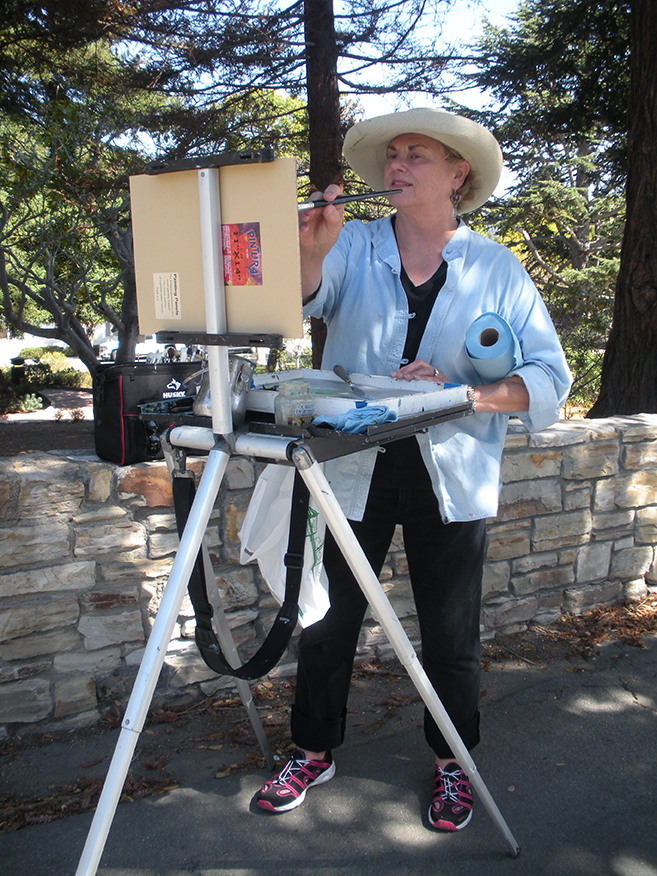 “When a viewer sees a coastal or landscape painting of mine, I want them to feel the warmth or coolness in the air, the rain or spray of the ocean, or the heat of the sun on the hills. I want them to experience a sense of the place.”
– Carol Gray